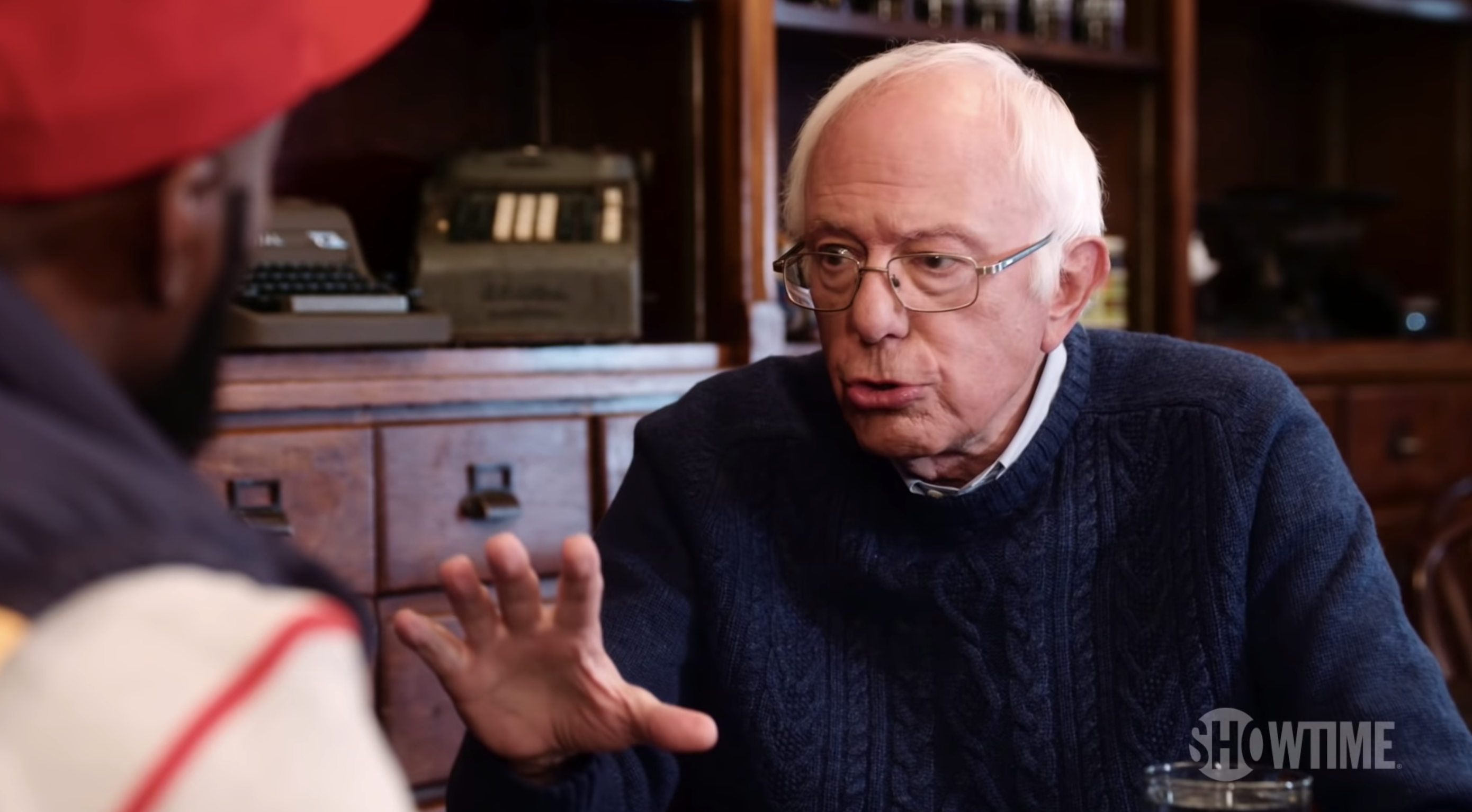 In one of the first comments on his new marijuana legalization plan since its release last week, Sen. Bernie Sanders (I-VT) reiterated in an interview that he would deschedule cannabis and fight to block large corporations from overtaking the market if elected to the White House.

The 2020 Democratic presidential candidate appeared on Thursday’s episode of Showtime’s Desus & Mero, where he was asked about what he intends to do about federal marijuana reform.

“This is what we do. Right now, unbelievably, under the Controlled Substances Act, marijuana is at the same level as heroin, which is insane,” Sanders said. “So we take it out of that, which essentially legalizes marijuana all over this country.”

According to the proposal the senator released, he would first appoint an attorney general charged with ending the war on drugs and then, within 100 days, use executive action to deschedule cannabis. After that point, he’d push Congress to pass legislation to permanently legalize marijuana.

The second part of the plan involves moving to “expunge the records of those people who’ve been arrested for marijuana” he said.

Sanders’s plan calls on federal and state authorities to review data on cannabis convictions and clear those records. It would also provide a process for “administrative remedy” for individuals eligible for expungement who have not had their records cleared within two years.

The candidate wants to “revitalize” the clemency process through the creation of an independent White House clemency board, which could aid in the identification of eligible federal marijuana cases.

We must legalize marijuana, but that is not all. We will also ensure that revenue from legal marijuana is reinvested in communities hit hardest by the War on Drugs, especially African-American and other communities of color.

“The third thing we do—which is really important I think—as we move toward the legalization of marijuana, I don’t want large corporations profiting,” he said. “I want the people who’ve been hurt the most to be able to benefit. The folks who should be involved in the legal marijuana business will be people of color.”

In order to achieve that, the senator wants to reinvest tax revenue from marijuana sales into communities that have been disproportionately impacted by prohibition. Additionally, he said a $20 billion grant program would be established to provide access to capital to marginalized individuals and stimulate business in areas hit hardest by the drug war.

Sanders didn’t get into some of the other nuanced provisions of his plan during the new interview, but another part of the proposal involves prohibiting tobacco companies from participating in the industry. He also said the government would provide resources “for people to start cooperatives and collective nonprofits as marijuana businesses that will create jobs and economic growth in local communities.”

Though it wasn’t included in the plan, a top advisor for Sanders’s campaign said last week that the senator wouldn’t rule out covering medical cannabis through his Medicare for All policy.

This latest proposal builds on a criminal justice reform plan Sanders released in August. That plan also called for legalizing cannabis, expunging prior convictions and reinvesting in disadvantaged communities. Further, it would establish safe injection sites to prevent drug overdoses and help individuals transition into treatment.

Bernie Sanders Open To Covering Medical Marijuana Through Medicare For All, Advisor Says