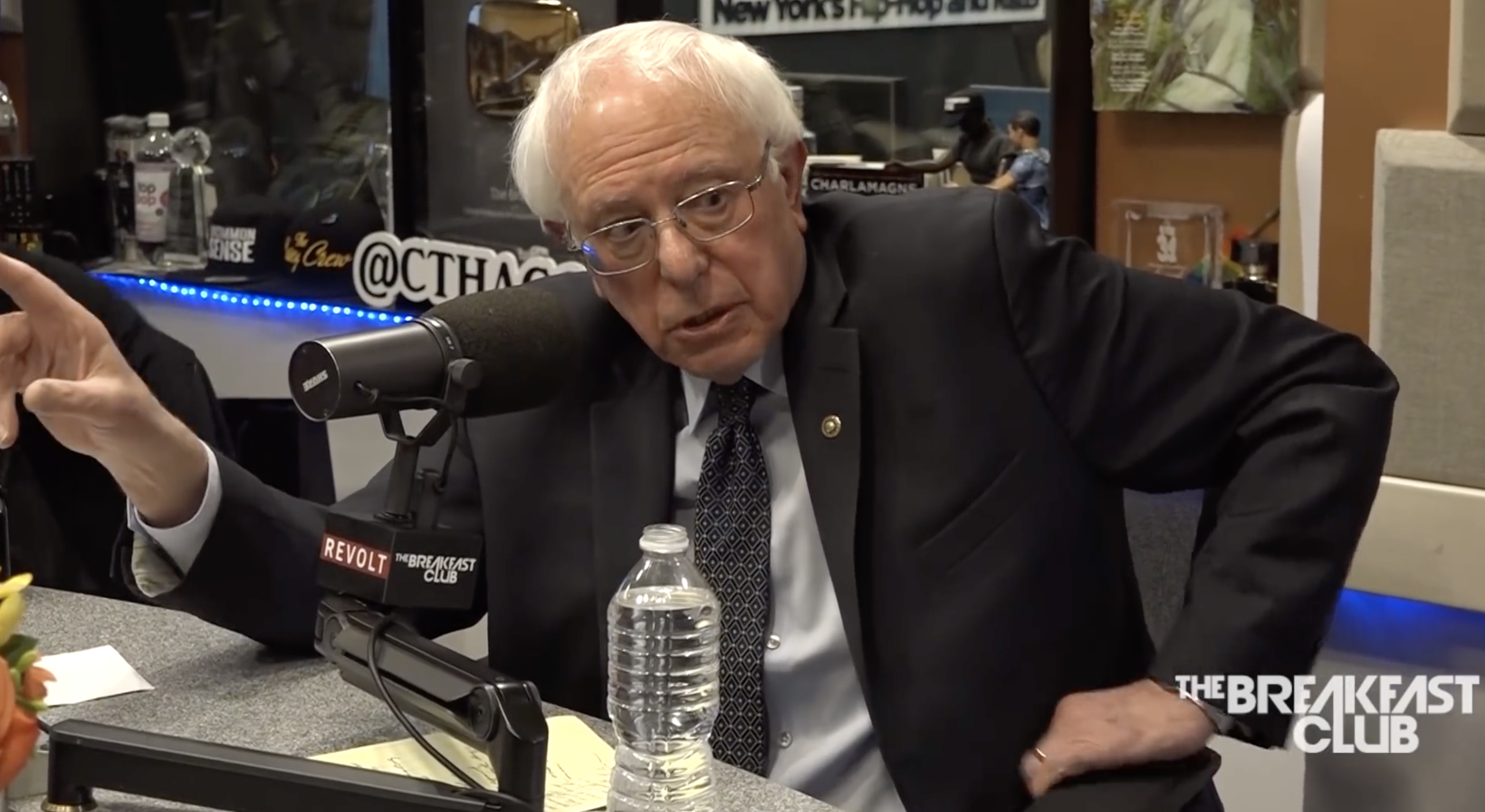 Ending the war on drugs and legalizing marijuana are among the top priorities of Sen. Bernie Sanders (I-VT), who announced last month that he is seeking the Democratic presidential nomination again in 2020.

And Sanders, who during his last campaign was the first major presidential candidate to endorse legalization and filed the Senate’s first-ever bill to end federal marijuana prohibition, is bringing specific attention to the need to address racial disparities within the burgeoning legal cannabis industry.

During back-to-back rallies in Brooklyn and Chicago over the weekend, the senator outlined his criminal justice reform agenda. It involves putting an end to cash bail, abolishing private prisons and changing federal drug laws.

No more profiteering from locking people up.

NO MORE WAR ON DRUGS

NO MORE keeping people in jail because they’re too poor to afford cash bail #BernieInBrooklyn pic.twitter.com/CgfhX1WesU

“No more war on drugs that has destroyed so many lives,” Sanders said in Brooklyn on Saturday during the first big event of his campaign.

“When we talk about criminal justice reform, we are going to change a system in which tens of thousands of Americans every year get criminal records for possessing marijuana, but not one major Wall Street executive went to jail for destroying our economy in 2008,” he said. “No, they didn’t go to jail, they got a trillion dollar bailout.”

He reiterated that position the next day in Chicago.

no more war on drugs

no more keeping people in jail because they’re too poor for cash bail” #BernieInChicago pic.twitter.com/npZNJsV3KK

On Monday, Sanders expanded on his views about cannabis policy and the shape of the legal industry during an appearance on the radio program The Breakfast Club.

Removing cannabis from the list of federally controlled substances is only the first step, he said.

“Right now you have a federal Controlled Substances Act in Washington that says if you’re caught with heroin, he’s caught with marijuana, it’s both the same level. That’s insane,” he said. “I believe in the legalization of marijuana, which by the way will be a major step forward in the struggle for a fairer, less racist criminal justice system.”

But the industry could also see corporate interests making immense profits off cannabis while groups that have been disproportionately impacted by the war on drugs are stuck on the sidelines, he said.

“There are large corporations that are going to be making a whole lot of money,” Sanders pointed out. “Ten years ago, everyone was demonizing marijuana, now these guys are going to make a zillion dollars off it. And you’re right, small business people in the African American deserve to be part of that process.”

The problem goes “above and beyond marijuana,” Sanders said. “You have a small number of corporations that control the action” in various industries. However, the issue is “particularly sensitive” given long-term racial and socioeconomic disparities in cannabis enforcement.

Tens of thousands of Americans every year get criminal records for possessing marijuana.

Meanwhile ZERO major Wall Street executives went to jail for destroying our economy in 2008 as a result of their greed, recklessness and illegal behavior.

One Breakfast Club host also asked the senator about his personal experience with marijuana.

Sanders said he smoked cannabis “a few times” but that it “didn’t do a whole lot for me.”

“My recollection is I nearly coughed my brains out, so it’s not my cup of tea,” he said.