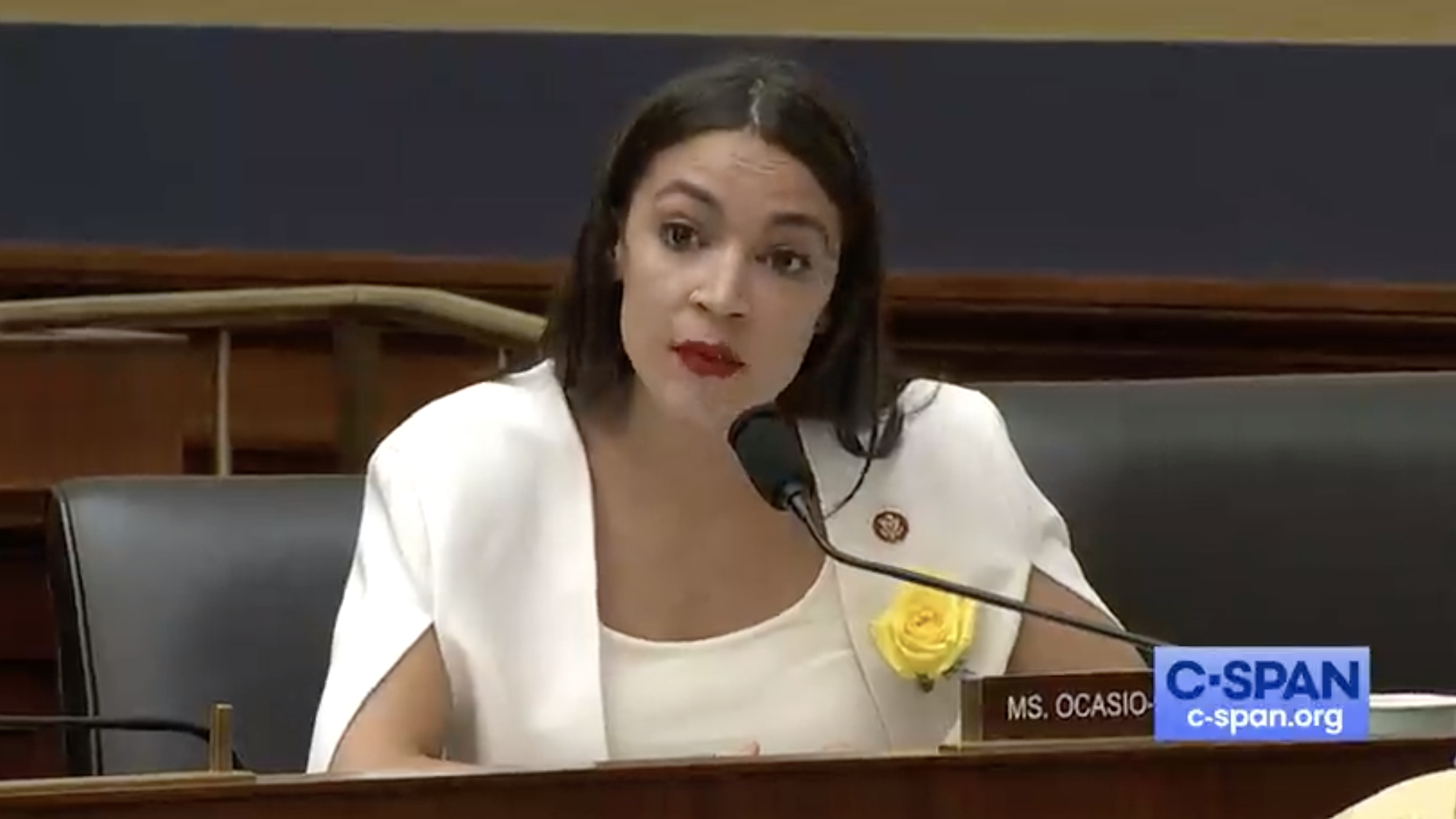 Rep. Alexandria Ocasio-Cortez (D-NY) filed legislation on Friday to remove a legal barrier that scientists say makes it unnecessarily difficult for them to study the medical benefits of psychedelic drugs like psilocybin and MDMA.

Psilocybin, the active component of so-called “magic mushrooms,” and MDMA, commonly referred to as “ecstasy,” have “shown promise in end of life therapy and treating PTSD,” a summary of Ocasio-Cortez’s proposal says.

The measure, which is an amendment to a large-scale appropriations bill funding parts of the government for Fiscal Year 2020, would delete a longstanding rider that prohibits spending federal money for “any activity that promotes the legalization of any drug or other substance in Schedule I” of the Controlled Substances Act.

“Academics and scientists report that provisions like this create [stigma] and insurmountable logistical hurdles to researching schedule I drugs,” the summary states.

Cannabis is classified under Schedule I as well, and researchers wishing to study it also have to overcome procedural hurdles that don’t exist for other less-restricted substances.

The existing policy in question that Ocasio-Cortez is seeking to overturn has been attached to legislation funding the U.S. Departments of Labor, Health and Human Services and Education since at least 1996.

“This language has served as a gag rule on government employees discussing the benefits of legalization,” Michael Collins, director of national affairs for the Drug Policy Alliance, said. “We are moving away from the war on drugs—slowly but surely—and language like this belongs in Nancy Reagan’s journal, not in a Democrat bill.”

From the opioid crisis to psilocybin’s potential w/ PTSD, it’s well past time we take drug use out of criminal consideration + into medical consideration.

That begins with research. I’m proud to introduce an amendment that helps scientists do their jobs. https://t.co/V1BziVeNtr

Rep. Lou Correa (D-CA) filed a separate amendment to the new spending bill that would block the Department of Education from moving “to deny or limit any funding or assistance to institutions of higher education” that allow the use or possession of medical marijuana in states where it has been legalized.

The potential loss of federal funds has been held up by many colleges and universities as the reason they won’t allow students to bring medical cannabis onto campus even though they are legal patients under state law.

Voters in Denver, Colorado approved a ballot measure last month making their city the first in the nation to decriminalize psilocybin mushrooms. Earlier this week, the Oakland, California City Council unanimously passed a resolution decriminalizing not only shrooms but also ayahuasca, mescaline and ibogaine.

On Monday, the House Rules Committee, which prepares bills for action on the floor, will decide whether either or both of the drug policy reform amendments will be allowed for votes when the full body considers the funding legislation later in the week.

While it remains to be seen if the chamber’s new Democratic leadership will clear the amendments’ advancement, Rules Committee Chairman James McGovern (D-MA) has repeatedly criticized his Republican predecessor for blocking cannabis-related amendments and pledged that he would take a different approach.

“I’m not going to block marijuana amendments like my predecessor has done,” he said shortly after last year’s midterm elections in which his party won back control of the House. “As chairman of the Rules Committee, I’m not going to block marijuana amendments. People ought to bring them to the floor, they should be debated and people ought to vote the way they feel appropriate.”

More than 500 amendments altogether have been submitted to the spending bill so far.

Meanwhile, a separate bill funding other parts of the federal government for the next fiscal year, as approved by a House appropriations subcommittee, already contains a provision to protect banks that serve marijuana businesses from being punished by financial regulators. That legislation also deletes a longstanding rider preventing Washington, D.C. from spending its own local tax dollars to legalize and regulate cannabis sales.

And the House Appropriations Committee has included language in reports attached to several funding bills that address issues such as protection of benefits for military veterans who use cannabis, roadblocks to research created by marijuana’s Schedule I status, CBD regulation, hemp legalization implementation and the issuance of licenses to additional growers of cannabis to be used in scientific studies.