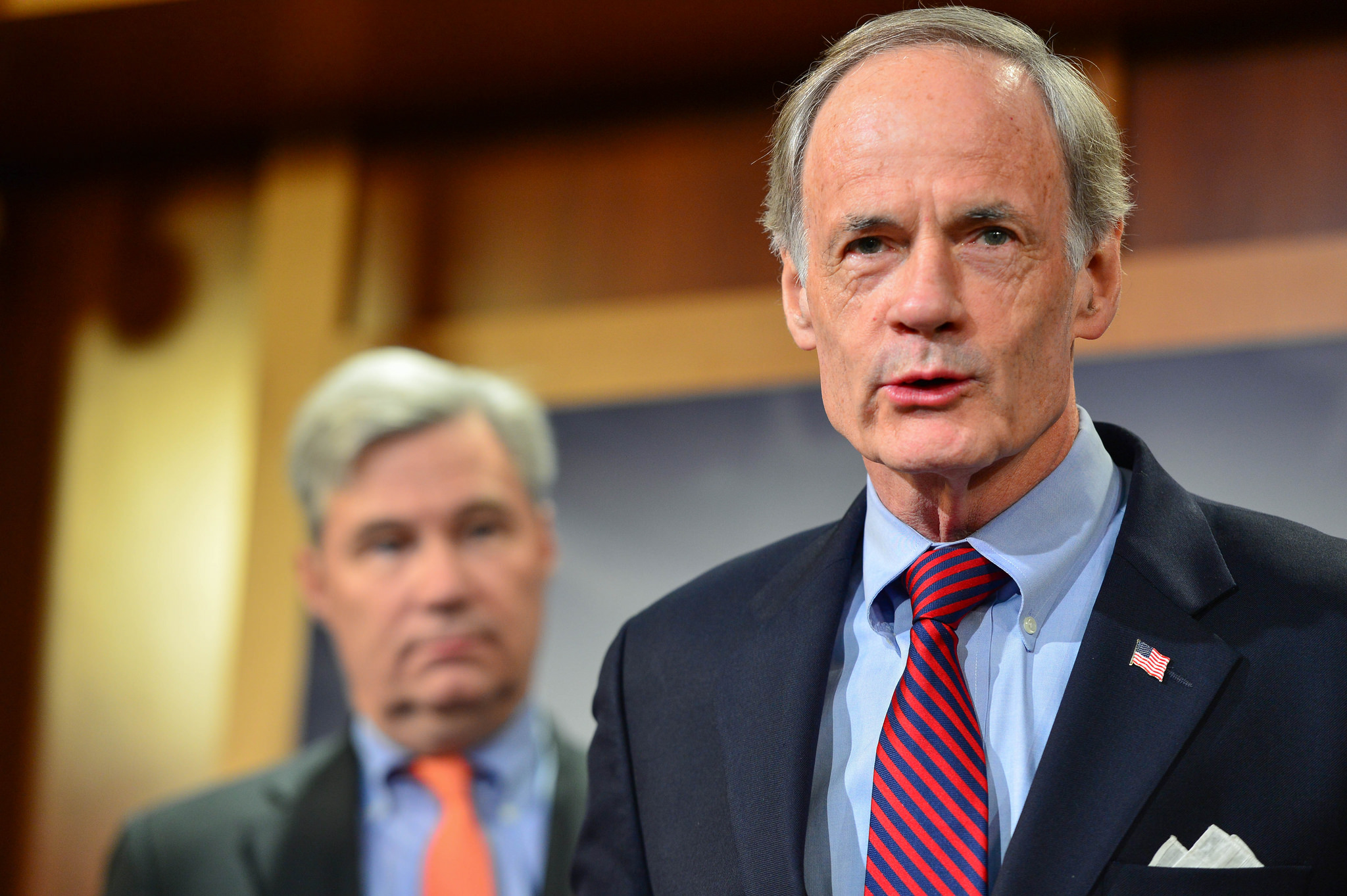 Over the course of his more than 17 years years in the U.S. Senate, Delaware Democrat Tom Carper has never before cosponsored a marijuana reform bill. Nor did he add his name to any piece of cannabis legislation during the 10 years he served in the U.S. House.

But that changed on Monday, when Carper became a co-sponsor of a far-reaching bill to remove marijuana from the Controlled Substances Act so that states can implement legalization without federal interference.

What’s new this year? Aside from marijuana reform’s general political ascendancy—more states are deleting their prohibition laws and a growing majority of voters now support legalization—Carper is facing an unexpectedly tough primary challenge from a progressive insurgent candidate.

That contender, Kerri Evelyn Harris, has praised Canada’s legalization of marijuana and said that Delaware should make similar moves to deal with its prison overcrowding issues.

The criminal justice reform platform on her website includes a bullet point on “taxing and regulating marijuana.”

In 2016, over 650,000 people were arrested for marijuana. Yet no pharmaceutical executives have been arrested for creating the opioid crisis.

A recent Washington Post profile of the race featured this vignette in which Harris spoke about her support for legalization to a pair of voters who were smoking a joint:

“During a Friday night canvass in Wilmington, Harris spent 30 minutes talking to two men who had been passing a joint between them and were intrigued by her support for legal marijuana. By the end of the talk, one had agreed to come to her office to learn about volunteering.”

Carper currently has an F grade in NORML’s congressional scorecard.

“We welcome Senator Carper’s support for the federal descheduling of cannabis and cosponsorship of the Marijuana Freedom and Opportunity Act,” NORML Political Director Justin Strekal told Marijuana Moment. “It has been a long time coming, but given the public support for outright legalization in Delaware and across the country, the senator’s support for policies like expungement and reparative justice is another important mile-marker on the road to victory.”

The Marijuana Freedom and Opportunity Act, which Carper is now supporting, was introduced in late June by Senate Minority Leader Chuck Schumer (D-NY) and other Democrats.

While the only poll in the race to date, conducted in July, showed Carper leading Harris by a wide margin of 51 percent to 19 percent, political observers have flagged the race as one to watch in the wake of Alexandria Ocasio-Cortez’s upset Democratic primary victory over New York Congressman Joe Crowley in June.

Carper’s move to sponsor cannabis legislation amid a fierce primary is similar to how Sen. Dianne Feinstein (D-CA), a longtime vocal legalization opponent, evolved earlier this year during the course of her own renomination effort. The senator now says she supports the right of Californians to comply with the state’s marijuana laws without being sent to federal prison. That announcement came as state Senator Kevin de León (D) continually highlighted his own support for legalization as a contrast to incumbent Feinstein. The two Democrats will face off in November’s general election since they both advance under the state’s top-two primary system.

The Delaware primary between Carper and Harris will be held on September 6.

In June, a majority of members of Delaware’s House of Representatives voted to approve a marijuana legalization bill, but it did not receive the supermajority support needed to advance under the chamber’s rules.

A 2016 poll found that Delaware adults support legalizing cannabis by a margin of 61 percent to 35 percent.