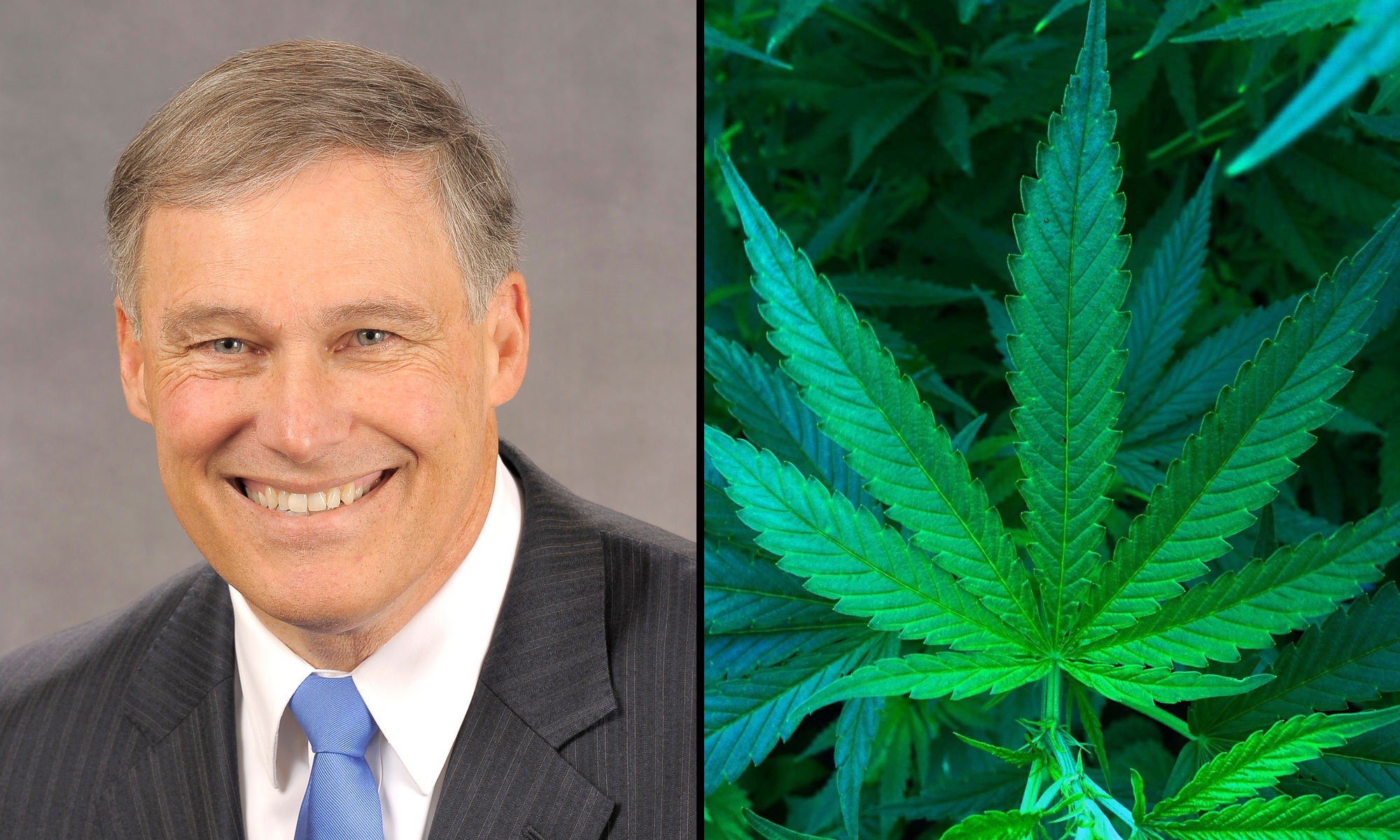 In an effort to ensure the spoils of marijuana legalization are available to everyone, Washington State Gov. Jay Inslee (D) signed a bill on Tuesday to allow state regulators to funnel unused marijuana business licenses to people from communities that have been negatively impacted by the drug war.

The legislation came at the request of state cannabis regulators, who have pointed out that Washington’s legalization law, which voters approved in 2012, failed to include any provisions aimed at addressing past prohibition harms.

The new law signed by Inslee aims to diversify the industry by issuing more business licenses to people negatively affected by drug law enforcement and providing them with technical assistance to get their companies off the ground. It creates a state Marijuana Equity Task Force and allows the Washington State Liquor and Cannabis Board (LCB) to grant forfeited, canceled, revoked or otherwise unissued marijuana business licenses to qualified equity applicants.

“HB 2870 creates a new social equity program that provides business opportunities to people from disproportionately-harmed communities so they can benefit economically from the cannabis industry and become a cannabis retailer,” Inslee said in a statement that his office shared with Marijuana Moment.

According to the ACLU, black people in Washington State were roughly four times more likely to be arrested on cannabis charges prior to legalization than were white people, despite similar rates of use. That disparity is similar to those in other states, such as New York. And while legalization itself has reduced the number of people arrested on marijuana charges, racial disparities in arrests remain.

Since legalization, Washington’s marijuana industry has also been overwhelmingly white. The state Commission on African American Affairs, using statistics from the LCB, recently estimated that just one percent of cannabis production and processing licenses have been issued to African Americans, who also have majority ownership of only three percent of the state’s marijuana retail licenses.

Paula Sardinas, a member of the state Commission on African American Affairs, told Marijuana Moment that she testified on behalf of amendments to expand program funding and ensure its existence for years to come.

“After eight years of working with communities of color from Florida to Washington, I’m very proud to have played a major role in crafting Washington’s statewide social equity program,” she said in an email, adding that the effort resulted in a tenfold increase in funding.

Sardinas noted that Washington’s black community had long been frustrated with the state’s cannabis law, Initiative 502, for failing to address equity concerns. “Eight years after I-502,” she said, “the black community reached a boiling point.”

“I’m very thankful to Gov. Inslee for his support” for the equity program, she added.

“Initiative 502 missed an opportunity to incorporate a focus on social equity,” Garza told lawmakers earlier this year. “The history of cannabis prohibition shows abundant evidence there was disproportionate harm in communities of color, and that those harmful effects remain with us today.”

To qualify for the new program, an applicant must be from a “disproportionately impacted area,” defined as a census tract that has high poverty and unemployment rates, a high rate of participation in income-based government programs and high rates of arrest or punishment of cannabis-related crimes. The applicant must also submit a “social equity plan” showing how their business would help achieve equity-related goals.

According to the bill’s text, the changes are intended “to reduce barriers to entry to the cannabis industry for individuals and communities most adversely impacted by the enforcement of cannabis-related laws” and establish a state cannabis industry that “is equitable and accessible” to those hit hardest by anti-drug laws.

“Washington State was ahead of the curve with adult use, which has advanced the cause of ending the war on black and brown communities tremendously,” Jason Ortiz, president of the Minority Cannabis Business Association (MCBA), told Marijuana Moment. “It is inspiring but not surprising to see Washington leaders like Rick Garza and Governor Inslee continuing to lead by example by admitting the mistake of not including equity before, by doing it now.”

Equity efforts have become increasingly mainstream in the years since Washington and Colorado first approved legal marijuana. A number of other states that legalized more recently, including Massachusetts, Illinois and Michigan, have already adopted equity measures, though the details of those programs vary greatly from state to state.

In December, MCBA held a conference aimed at ensuring that states that are considering legalization, such as New York, New Jersey, Connecticut and Pennsylvania, include measures to promote social equity and empower communities that have been harmed the most by prohibition enforcement.

“Equity programs strengthen our industry while empowering our communities,” Ortiz said, “and will be a vital part of any successful legalization campaign moving forward.”