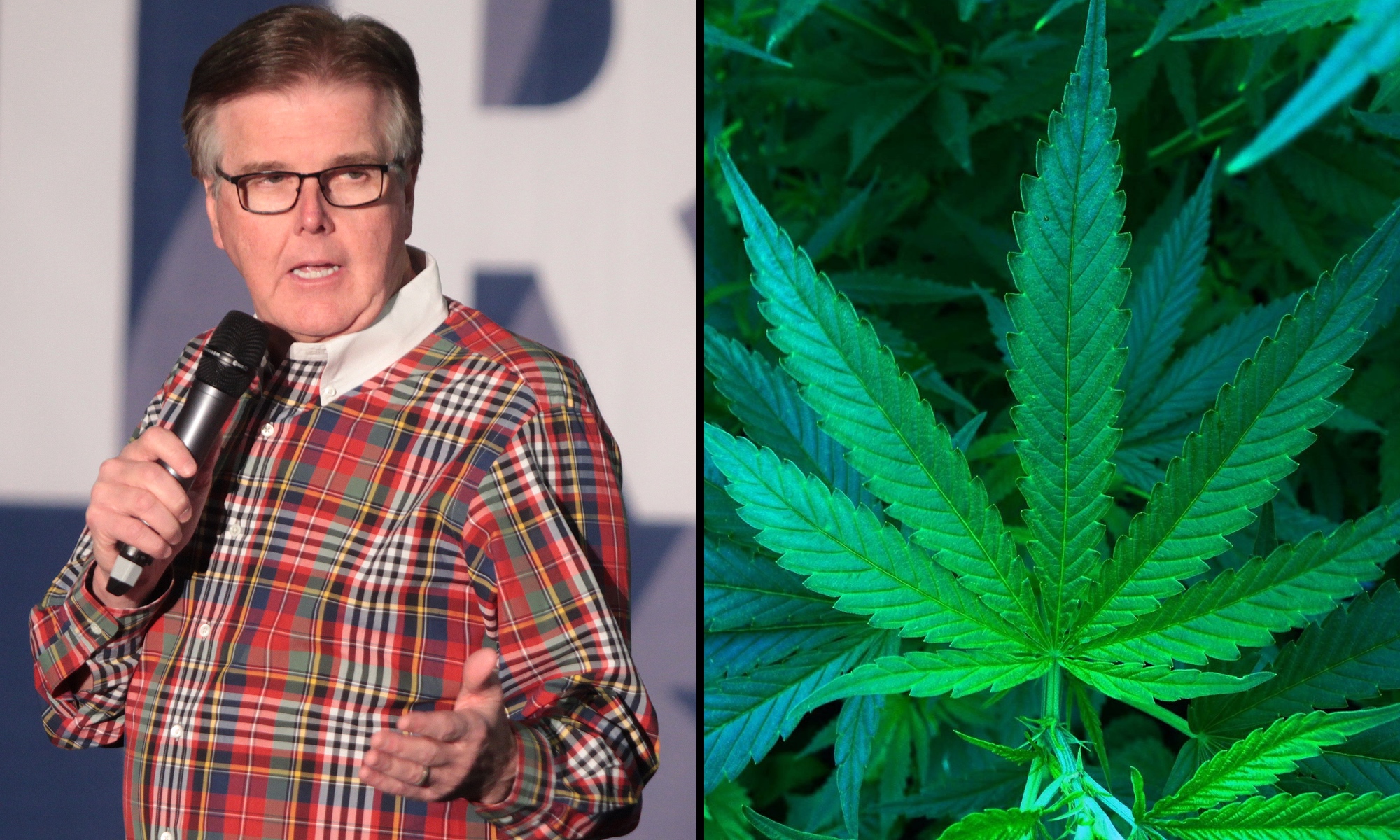 By Alex Samuels, The Texas Tribune

State Rep. Stephanie Klick, R-Fort Worth, was on the floor of the Texas House in 2015 trying to convince her colleagues to open up the state to medical cannabis, and it was not going well.

One lawmaker yelled, “This is a bad bill.” Others booed as Klick argued that her bill would legalize medical cannabis in the most narrow way possible. It only allowed the sale of specific medical cannabis products if they contained low levels of tetrahydrocannabinol — the psychoactive element in marijuana known as THC — to Texans with intractable epilepsy who had already tried two Food and Drug Administration-approved drugs and found them to be ineffective. Patients also needed to be permanent Texas residents and get approval from two doctors listed on the Compassionate Use Registry of Texas.

Getting her measure across the finish line in the House amounted to nothing short of a floor fight. Yet the bill, dubbed the Compassionate Use Act, ultimately passed both chambers that year, sending it to Gov. Greg Abbott, who later signed it into law. Three dispensaries have since opened in Texas.

Now, nearly four years later, a broad coalition of lawmakers plus some powerful lobbyists support expanding access to medical cannabis in Texas. But bills to do so face a major obstacle: Lt. Gov. Dan Patrick, the Senate’s presiding officer, who can single-handedly block any legislation from coming up for a vote in the upper chamber.

In a statement to The Texas Tribune, Patrick spokesperson Alejandro Garcia said the lieutenant governor is “strongly opposed to weakening any laws against marijuana [and] remains wary of the various medicinal use proposals that could become a vehicle for expanding access to this drug.”

House Speaker Dennis Bonnen hasn’t publicly expressed a position on expanding the Compassionate Use Act, but he voted against the bill in 2015. According to a person familiar with his thinking, he does not plan to get in the way of the chamber if there is support for amending the program.

Klick, who did not respond to request for comment, is one of a handful of lawmakers this session who has put forth a bill to expand the list of patients eligible for the drug. If passed, her measure would give Texans with multiple sclerosis, epilepsy and spasticity access to medical cannabis.

In addition to Klick’s bill, state Sen. Donna Campbell, R-New Braunfels, filed a bill that would increase the cap on THC levels in medical cannabis legally grown in Texas from 0.5 percent to nearly 1 percent, and allow physicians on the state’s Compassionate Use Registry to decide which patients need it rather than restricting it to those with certain conditions. Two other measures filed by Democrats would drastically expand the list of debilitating medical conditions that qualify for the drug.

“I don’t understand why politicians are trying to get between the doctor and the patient on something that doesn’t do anything but help the patient,” said Menéndez, who also filed a bill this session that would expand the list of debilitating medical conditions that qualify for medical cannabis to include illnesses like terminal cancer, autism, Crohn’s disease and post-traumatic stress disorder. “Why are we sticking our heads in the sand?

“I can’t give up on all the people who have put their confidence on my working hard on this issue, and I’m not going to.”

But Patrick isn’t the only one skeptical of an expansion measure. Law enforcement groups have also said they fear expanding medical cannabis in the state would lead to the full-blown legalization of marijuana.

“Let’s not sugarcoat it,” said Mitch Slaymaker, deputy executive director for the Texas Municipal Police Association, whose expertise is not in the realm of what constitutes a need for medical marijuana. “Our concern is that expanding medical cannabis is slowly inoculating the public a little more to where it may eventually be fully legalized.”

The association’s main concern, he said, is that if fully decriminalized law enforcement won’t be able to test drivers to determine how affected they are.

Even Campbell, whose Senate Bill 2416 would also establish a review board to approve and oversee research of higher THC cannabis oil for medical purposes, said she agreed with the sentiments put forth by Patrick. “That’s why she introduced a medical cannabis oil bill based on what the Legislature previously passed, with a heavy emphasis on medically driven research,” spokeswoman Alice Claiborne said.

“The senator has great respect for Lt. Gov. Patrick and looks forward to working closely with his office on this subject matter,” Claiborne added.

But it’s unclear if any such measure will even draw a hearing this year, let alone get debated before the full Senate. Matthew Russell, a spokesman for state Sen. Lois Kolkhorst, the Brenham Republican who chairs the Senate Health & Human Services Committee, said the panel was “still reviewing the proposed legislation and gathering information.”

“No decision has been made on either piece of legislation,” Russell said of Menéndez’s and Campbell’s bills.

The House, meanwhile, is handling marijuana-related bills with a different speed and tone. Two years ago, Democratic state Rep. Eddie Lucio III of Brownsville filed a measure that would’ve expanded the program to patients with medical conditions such as terminal cancer and PTSD. More than half of the Texas House — nearly 80 members — signed on as authors, co-authors or joint authors, yet it didn’t make it to the floor in time for a vote. Lucio filed a similar bill this session that would expand the list of debilitating medical conditions that qualify for the oil to include autism and Crohn’s disease, among others.

In 2017, “we moved a comprehensive medicinal marijuana bill further than anyone ever has in the Legislature,” Lucio said. “There was such broad support, and I think it’s grown even more so since then. It’s discussed even more openly now.”

One sign in support of Lucio’s reading of the chamber: Last week, Democratic state Rep. Senfronia Thompson of Houston, who chairs the House Public Health Committee, created a subcommittee on medical marijuana to hear just proposals related to the issue.

“There are so many things we want to do to make [medical marijuana] legally available to help people if it can help them,” Thompson said. “I’m assuming the public wants to have a say on this issue, and I’m trying to do my best to give them a say.”

And although the Senate may refuse to budge on medical expansion bills, Thompson said they would still receive a fair shake in the lower chamber.

“If the Senate wants to take another position, then that’s on them,” Thompson said. “I’m just going to do what I can do from where I stand.”

Abbott, for his part, said in 2015 that Texas lawmakers wouldn’t approve legislation that would legalize marijuana. A spokesperson for Abbott did not respond to request for comment on whether he’d back an expansion of the current medical cannabis system.

Still, the effort to expand the Compassionate Use Act has drawn some politically powerful supporters since the last legislative session. In its most recent platform, the Republican Party of Texas approved a plank asking the Legislature to “improve the 2015 Compassionate Use Act to allow doctors to determine the appropriate use of cannabis to certified patients.”

And earlier this month, a new group lobbying for medical marijuana emerged comprising players with some serious clout in the Capitol — including Allen Blakemore, a top political consultant for Patrick.

Texans for Expanded Access to Medical Marijuana, dubbed TEAMM, said it will work to educate the public and lawmakers about the benefits of expanding medical cannabis to those with illnesses like cancer and traumatic brain injury. The group is backed by Green Peak Innovations, a Michigan-based medical cannabis firm.

According to a poll commissioned by TEAMM, 81 percent of Texas voters support the expansion of medical marijuana and 86 percent believe that doctors and researchers — as opposed to the state — should decide when patients have access to medical marijuana.

“This is one of the last true bipartisan issues out there,” said Brian Sweany, a member of TEAMM’s leadership. “I don’t think it surprises anyone how high support is for this among Democrats, but people who identify as conservative Republicans also overwhelmingly support this.”

More than 30 states allow the use of marijuana for medicinal purposes, according to the National Conference of State Legislatures. Texas is one of nearly a dozen states that only allows for “low THC, high CBD” products for medical situations in limited circumstances.

“We’re going to do our job in the House, and the bill that gets out of the House — whether it’s mine or Klick’s or some compromise of the two — is going to help a lot of people,” Lucio said. “If it gets to the Senate, then it’s up to the lieutenant governor to make that decision, and he has to answer to the Texans who overwhelmingly support this.”

(Disclosure: Allen Blakemore has been a financial supporter of The Texas Tribune, a nonprofit, nonpartisan news organization that is funded in part by donations from members, foundations and corporate sponsors. Financial supporters play no role in the Tribune’s journalism. Find a complete list of them here.)