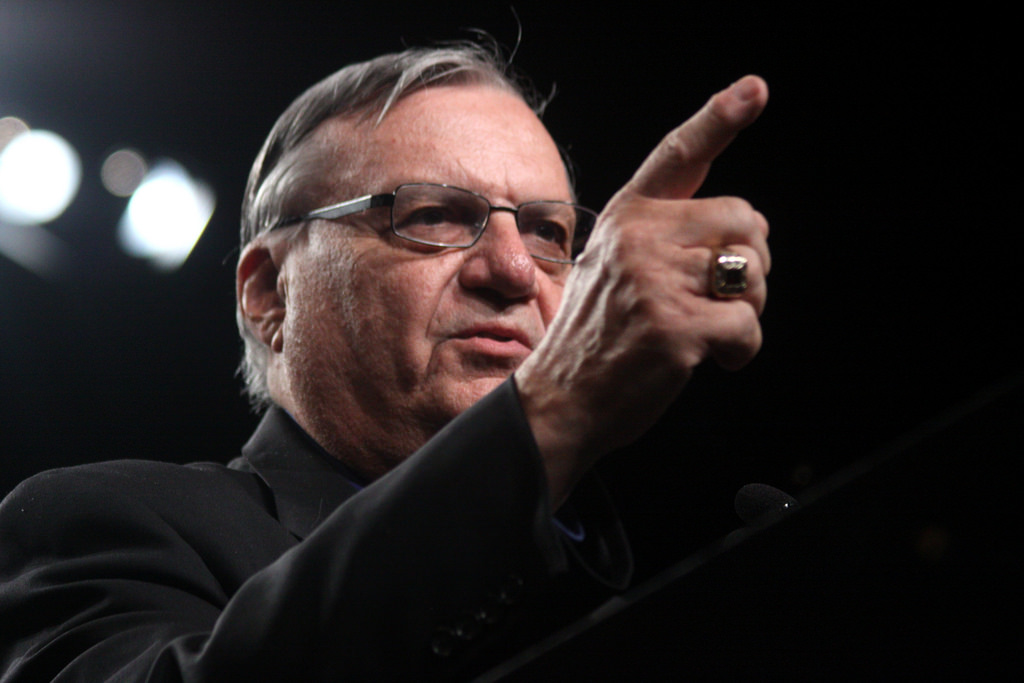 A former sheriff known for disregarding the rights of immigrants, Latinos and people convicted of drug crimes — and who recently received a pardon from President Trump for his own criminal contempt of court — is voicing support for medical marijuana.

“I wish there was something more we could do with the medical dispensaries to help our veterans [and] people who are sick. I still can’t understand why you can’t go to a drug store on a prescription and get this type of drug,” Joe Arpaio, now a U.S. Senate candidate in Arizona, said. “The medical dispensaries, I kind of support it if it can help the sick people.”

Arpaio was answering a question from Larry King.

This isn’t the first time the former sheriff has spoken in support of medical cannabis.

In 2015, he appeared at an event aimed at educating senior citizens about medical marijuana.

“If this is one thing that really will help them, the medical part of it, and is done legitimately, no diversion, I don’t know, what’s the difference going to the drug store and getting a prescription,” he said at the time.

The opinion of the former Bureau of Narcotics and Dangerous Drugs special agent appears to have shifted over time. In 2010, he campaigned against Arizona’s medical cannabis ballot measure, which ultimately eked out a narrow victory on Election Day.

But while Arpaio sees medical potential for marijuana, he doesn’t support its broader legalization.

“I don’t support using or selling marijuana across our nation,” he said in the new interview with King. “Actually it’s against the law. It’s against the federal law anyway.”

Last year, Arpaio was found in contempt of federal court after refusing to obey a judge’s order to stop racial profiling practices. He also, at one point, got a tank from the Army and decorated it with “Sheriff Arpaio’s War on Drugs” written on the sides.

Congresswoman Martha McSally, who is also running for the Republican nomination for the Arizona Senate seat, voted against amendments to protect state medical cannabis and marijuana legalization laws from federal interference.

Congresswoman Kyrsten Sinema, a Democrat running for the seat, voted in favor of both measures.