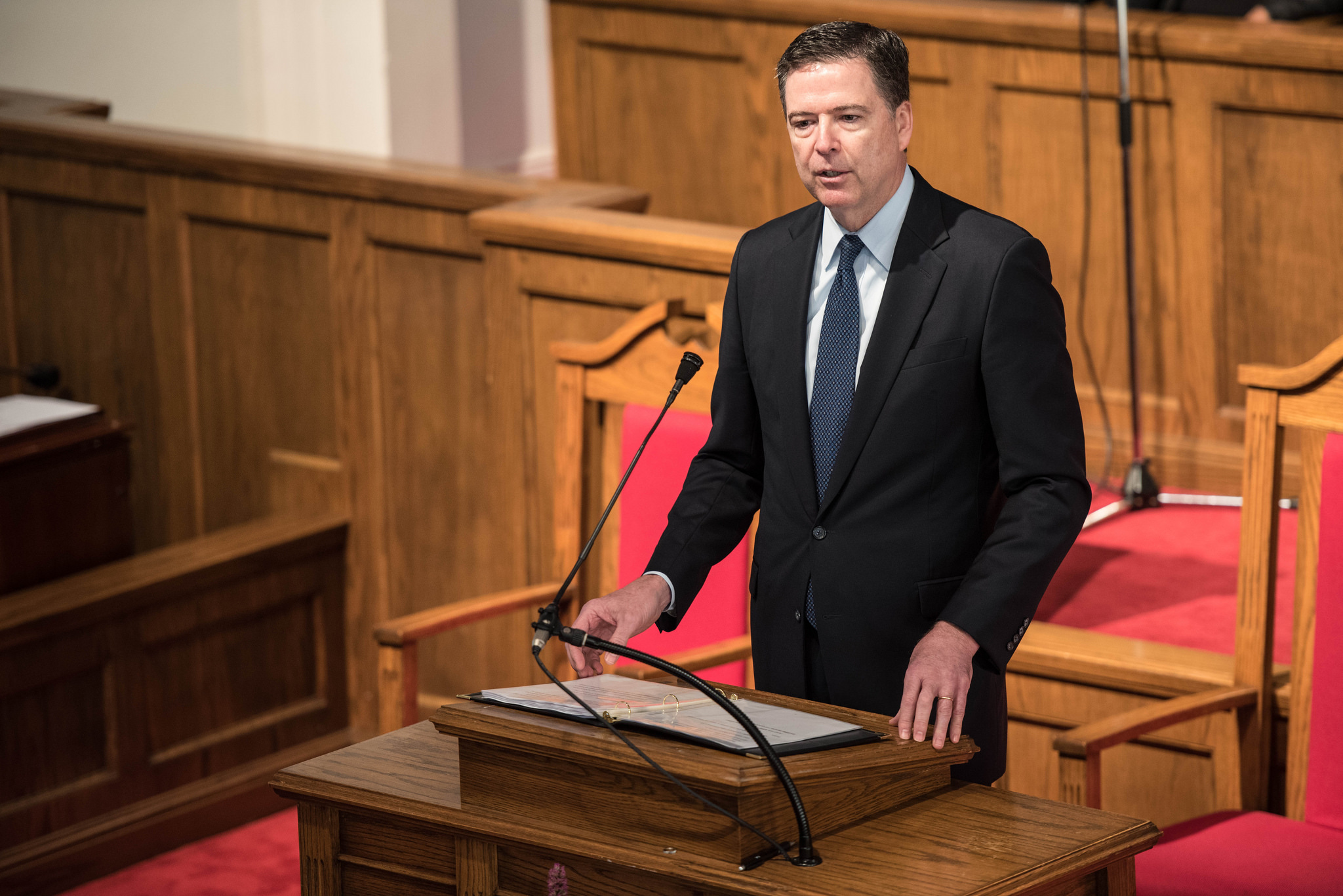 Former FBI Director James Comey, at the center of a wide-ranging investigation into whether President Trump obstructed justice, has been asked many times what he thinks about the rule of law and related matters during the course of a publicity tour for his new book.

On Friday, he was asked to share his thoughts about marijuana legalization.

“The experiment is underway in the United States and I think the jury is still out on it,” Comey said.

“What I like about what’s going on in the U.S. is we call the states the laboratories of democracy, and allow the people in the states to experiment — experiment is probably the wrong word in this context — but to make choices, to try and figure out the best way not to overcriminalize behavior that people want to engage in, but also not to reward behavior that might hurt especially young people.”

While the former top federal cop indicated he supports letting states implement cannabis policies that are in conflict with U.S. laws, he’s not yet ready to personally endorse legalization.

“I’d like to see how it goes and what the natural break on it is. Does it really lead down a slippery slope to other drugs?” he said in the interview with LBC in the UK. “And there’s emerging science about the the dangers to the brain of smoked marijuana. Smoked marijuana is not medicine, and so I honestly don’t know.”

“I think it’s worth experimenting with relaxation, talking about it, but monitoring it very closely.”

See Comey’s marijuana comments, roughly 18:50 into the clip below:

In 2014, as FBI director, Comey made headlines by suggesting that he wanted to relax the bureau’s employment policies with respect to drug use.

“I have to hire a great work force to compete with those cyber criminals and some of those kids want to smoke weed on the way to the interview,” he said at the time.

He walked the comments back days later in response to questioning from then-Sen. Jeff Sessions, who now serves as U.S. attorney general.

“I was trying to be both serious and funny,” Comey said in response to the “disappointed” senator.