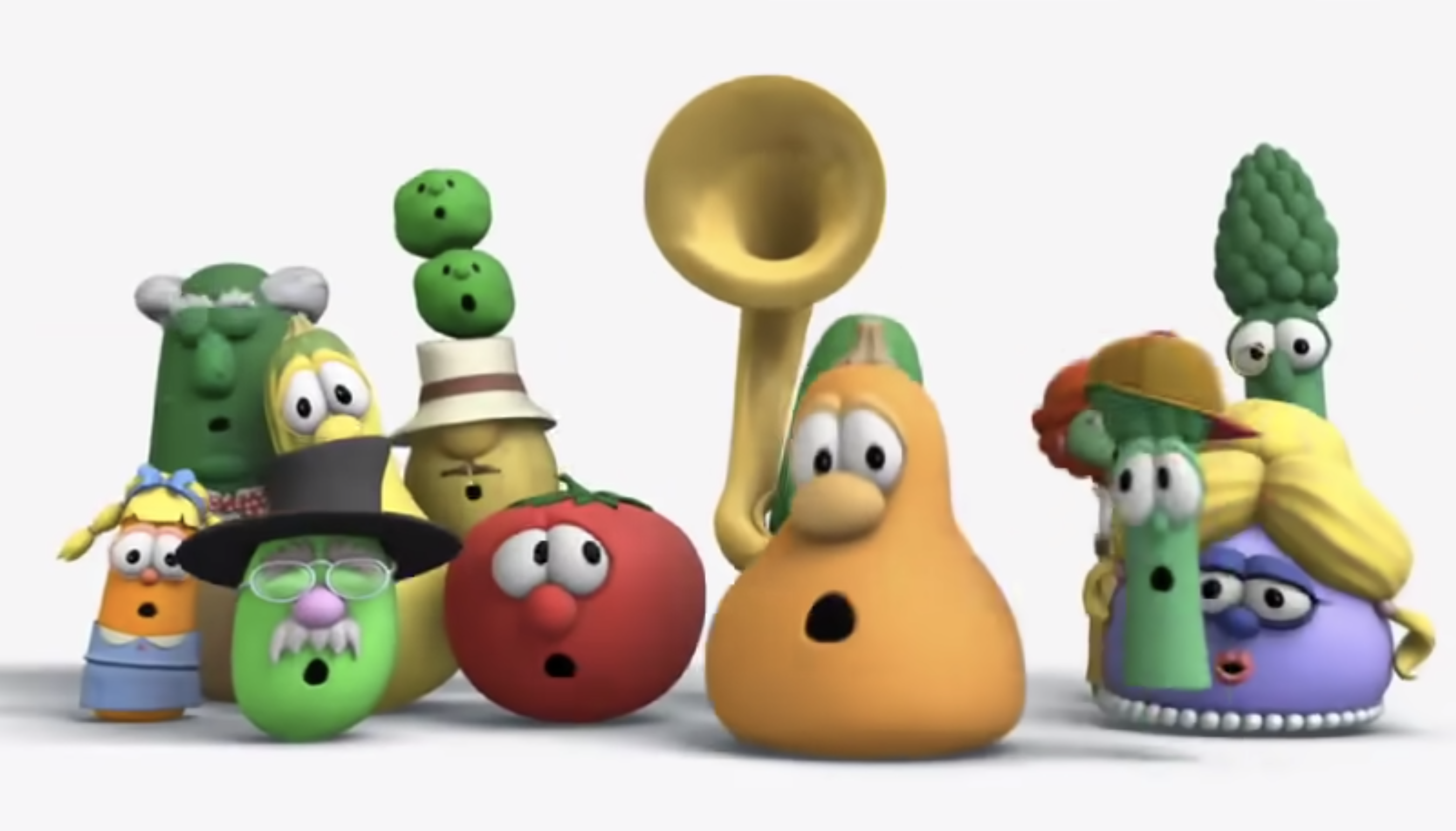 The founder of the popular Christian-themed children’s show VeggieTales recently gave a thorough lecture on the role of the war on drugs in the racial injustices fueling protests across the country.

Phil Vischer, whose voice many could recognize as Bob the Tomato from the animated biblical series, hosted a 17-minute “Holy Post” video that examines the history of policies in the U.S. that have marginalized and disenfranchised black Americans. It includes an analysis of how communities of color have been disproportionately impacted by anti-drug laws that criminalize substance use, despite the fact that white people use drugs at comparable rates.

While numerous advocates and policymakers have been stressing the need to end drug criminalization as a means to promote racial equity, it’s notable coming from a figure most commonly associated with a show that generally puts biblical stories in a context palatable for a younger audience.

In the video, Vischer makes clear that Republicans and Democrats alike have enacted discriminatory drug war policies over a period of decades that have directly contributed to racial injustices being protested today.

Watch Vischer discuss the racial justice implications of the drug war below:

Here’s an excerpt from the drug policy-related conversation:

“Then came the war on drugs. Inner city blacks were extremely vulnerable economically. The overwhelming majority of African Americans in 1970 lacked college degrees and had grown up in fully segregated schools. In the second half of the 20th century, factories and manufacturing jobs move to the suburbs. Black workers struggled to follow the jobs. They couldn’t live in many of the new suburban developments. And as late as 1970, only 28 percent of black fathers had access to a car. When a white man in Cicero, Illinois, just outside Chicago, sublet an apartment to a black family, the white community rioted, setting fire to the apartment building and smashing windows until the National Guard had to intervene.

“The result of all of this: In 1970, 70 percent of African-American men had good blue collar jobs. By 1987, only 28 percent did. As unemployment skyrocketed in African American communities, so did drug use. As drug use increased, so did crime—a dynamic today that we see playing out in white rural communities hit hard by unemployment and opioid addiction. Throughout the 1970s, white America became increasingly concerned by images of black violence shown on TV and in magazines. Drugs were the problem. Drug dealers and drug users were the enemy.

“So we decided to treat the drug epidemic not as a health crisis, but as a crisis of criminality. And we militarized our response. During the Reagan-Bush years from 1981 to 1991, how we invested money in anti-drug allocation completely changed. The anti-drug budget for the Department of Defense went from $33 million in 1981 to more than $1 billion in 1991. The Drug Enforcement [Administration’s] budget to fight criminality and drug use went from $86 million to more than a billion dollars.

“Then we came to the 1986 Anti-Drug Abuse Act, which carried mandatory minimum sentences much harsher for the distribution of crack cocaine, which was associated with blacks, than powder cocaine, which was associated with whites. Mandated evictions from public housing for any tenant who permitted a drug-related criminal activity to occur on or near premises. It eliminated many government benefits, including student loans for anyone convicted of a drug crime. The 1988 revision set a five-year minimum sentence for possessing any amount of crack cocaine, even if there was no intent to distribute. Previously, it had been a one-year maximum sentence for possessing any amount of any drug without the intent to distribute.

“Now it might seem like we’re picking on Republicans, so now it’s time to pick on some Democrats. During the Clinton presidency, the funding for public housing was cut by $17 billion. At the same time, the funding for prisons increased by $19 billion. The number of Americans imprisoned for drug crimes exploded. In 1980, there were 41,000 Americans in prison for drug crimes. Today, there are more than a half million—more than the entire 1980 prison population. Most arrests are for possession. In 2005, 80 percent of the arrests were for possessing drugs, not selling drugs.

“In a bizarre twist, we also militarized our police forces. Between 1997 and 1999, the Pentagon handled 3.4 million orders for military equipment for more than 11,000 police agencies, including 253 aircraft, including Blackhawk and Huey helicopters, 7800 M-16 rifles, 181 grenade launchers—grenade launchers for the police—8,000 bulletproof helmets, 1,200 night vision goggles. We also changed policing tactics. A no-knock entry is when a SWAT team literally breaks down your door or smashes in through the windows like in E.T., when the cops come flying in from every direction looking for ET. So back to Minneapolis. In 1986, Minneapolis SWAT teams performed no-knock entries 35 times. Ten years later in 1996. they performed no-knock entries 700 times. That’s two every day.

“There were financial incentives for arresting more drug users. Federal grants to local police departments were tied to the number of drug arrests. Research suggests the huge surge in arrests from increased drug enforcement was due more to budget incentives than to actual increases in drug use. So what was the result? An explosion of our prison population. In 25 years, the U.S. prison population went from 350,000 to over 2.3 million. The United States now has the highest rate of incarceration in the world. We imprison a higher percentage of our black population than South Africa ever did during apartheid. Data shows that the increased prison population was driven primarily by changes in sentencing policy.

“There was no visible connection between higher incarceration rates and higher violent crime rates. If you are a drug felon, you are barred from public housing, you are ineligible for food stamps, you’re forced to check the box on unemployment applications marking yourself as a convicted felon. A criminal record has been shown to reduce the likelihood of getting a call back or job offer by as much as 50 percent. The negative impact of a criminal record for an African-American job applicant is twice as large as for a white applicant. In 2006, one-in-106 white men was behind bars. For black men, it was one-in-14. For black men between the age of 20 and 35—the age where families are built—it’s one-in-nine. Overall, African Americans and white Americans use drugs at roughly the same rate, but the imprisonment rate of African Americans for drug charges is almost six times that of whites.

“It may be true that there isn’t explicit racism in our legal system anymore, but it doesn’t mean justice is blind.”