By Robert Davis | The Center Square

For the year 2020, marijuana sales reached $2.1 billion, marking the first time sales topped $2 billion since the state began tracking this data in 2014. The totals include sales of both recreational and medical marijuana. 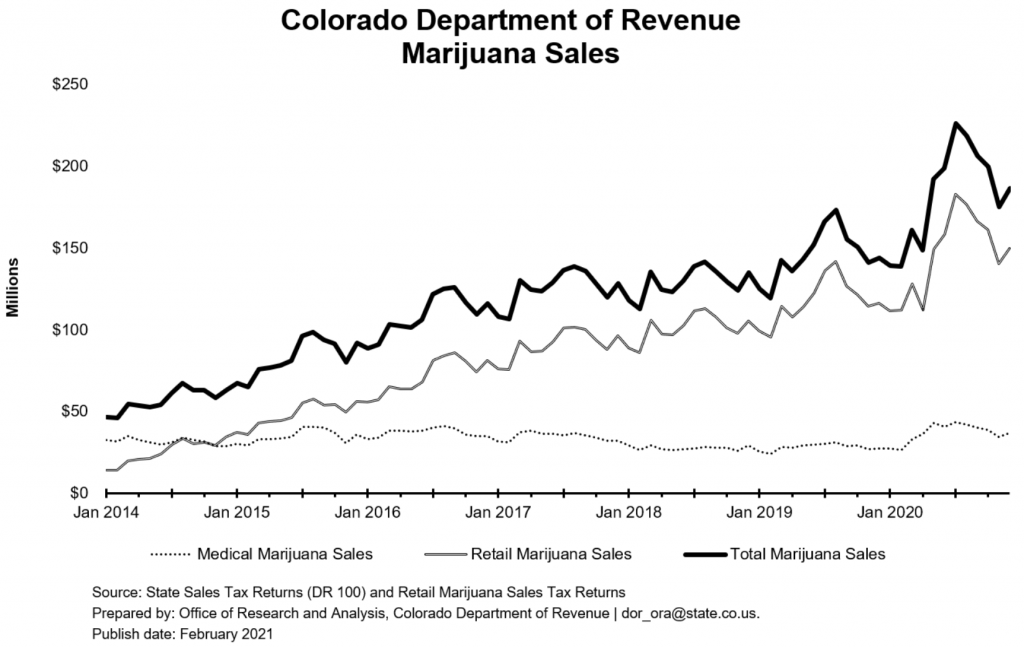 Via Colorado Department of Revenue.

Retail marijuana sales became exempt from the state sales tax in July 2017. That same month, Colorado increased its excise tax from 10 to 15 percent and increased its share of the funds from 85 to 90 percent.

State law requires marijuana tax revenue to be appropriated to local governments and the state’s education, transportation and marijuana cash tax funds, depending on which tax source it comes from.

Sixty-five percent of the total revenue comes from the state’s 15 percent retail excise tax, and 90 percent of this subtotal is reserved for the general fund while local governments are given the remaining 10 percent.

This story was first published by The Center Square.