Since legalizing the plant, more than $12.3 billion worth of cannabis has been sold legally in Colorado.

By Robert Davis, The Center Square

Marijuana sales in Colorado topped $151 million in January, according to the latest figures from the Department of Revenue (DOR).

The total is the second-highest mark that Colorado has recorded in the month of January since marijuana was legalized for recreational and medicinal purposes in 2014. Last year, Colorado set a record with more than $187 million in sales in January.

However, January’s total also represents a 11 percent month-over-month decline in sales. That is the steepest decline in sales between December and January that the state has ever recorded, according to historical data from DOR.

The most marijuana was solid in Denver with more than $33 million in sales. Arapahoe and Adams counties recorded the second and third highest sales totals with $14 million and $11 million, respectively.

Since legalizing the plant, more than $12.3 billion of marijuana has been sold legally in Colorado. 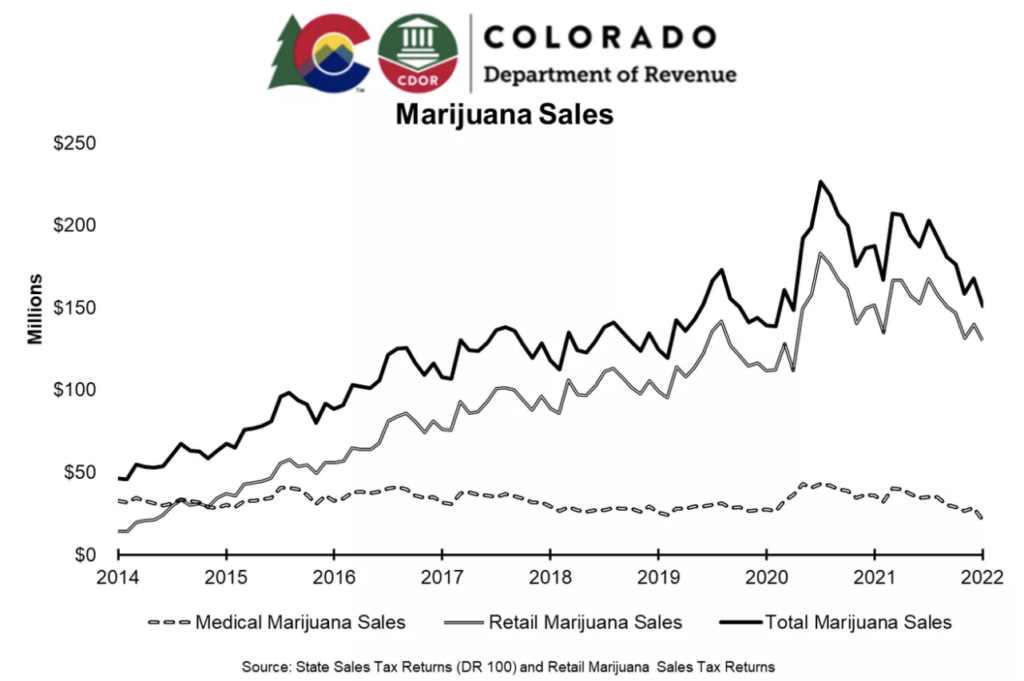 Altogether, Colorado has collected more than $2 billion in taxes and fees since 2014. These taxes are redistributed between local governments and state coffers for the purpose of supporting various projects across the state.

Ten percent of the funds collected are distributed to local governments. Of the remaining 90 percent, more than three-quarters is allocated to the Marijuana Tax Cash Fund which supports construction projects and law enforcement.

This story was first published by The Center Square.