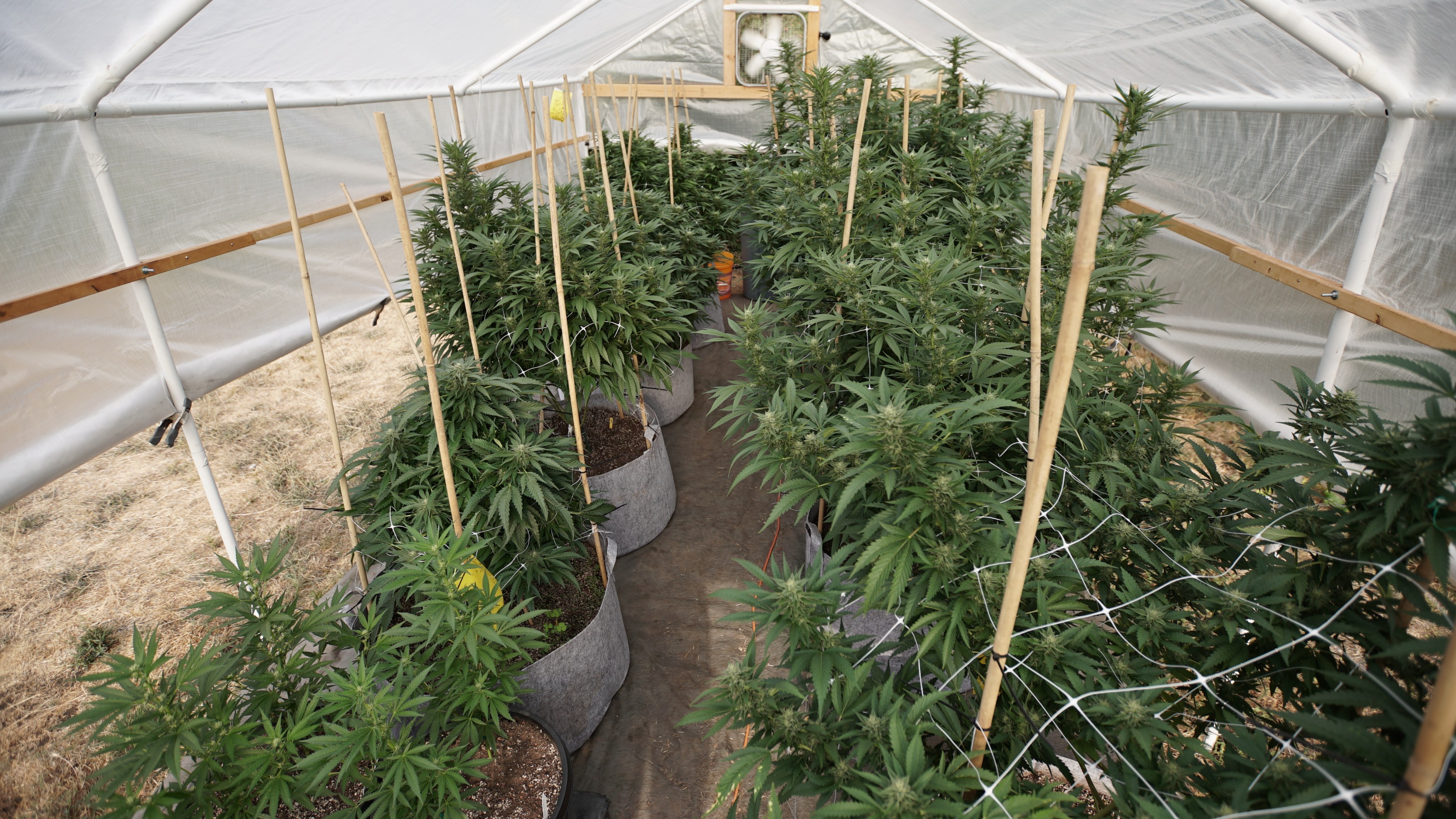 A Department of Veterans Affairs official told a House committee that the government is following psychedelics research “very closely” but that treatment with substances like psilocybin and MDMA is not yet part of the “standard of care” for military veterans.

Kentucky Gov. Andy Beshear (D) released a report from the Medical Cannabis Advisory Committee he formed—showing that 99 percent of respondents in a survey it conducted support legal access, and zero people expressed opposition at the four public meetings it held.

A new study shows how ongoing federal marijuana prohibition and the resulting state-by-state approach to regulating contaminants such as pesticides, solvents and microbes in cannabis products “demonstrates the urgent need” for “national-level guidelines.”

A new poll of Missouri very likely voters found that the marijuana legalization ballot initiative is leading, but with under 50 percent support and nearly one out of five people still undecided.

White House Office of National Drug Control Policy Director Rahul Gupta seemed to suggest that there would be less of a remaining demand for illegal marijuana if prices in legal markets were lower and if it were easier to qualify for access to medical cannabis.

The National Center for Complementary and Integrative Health tweeted, “Cannabis and one of its constituents, cannabinoids, are being studied for their potential to relieve pain and possibly serve as a partial substitute for opioids.”

Senate Judiciary Committee Chairman Dick Durbin (D-IL) spoke about the challenges of researching Schedule I substances like cannabis in a floor speech.

Sen. Cory Booker (D-NJ) is objecting to a push to put fentanyl-related substances into Schedule I.

Iowa Democratic Senate candidate Mike Franken tweeted, “It is far past time to legalize cannabis for recreational use—not just in Iowa, but nationwide.”

Missouri Democratic congressional candidate Henry Martin tweeted, “It is time for us to legalize marijuana – and to tax it, like we already do for tobacco and alcohol. This is just common sense.”

South Dakota Gov. Kristi Noem (R) said in a debate that she would implement legalization of marijuana this time if voters approve it on the ballot again. Democratic opponent Jamie Smith, currently the House minority leader, criticized the incumbent for working to overturn a previous cannabis vote.

Texas Democratic gubernatorial candidate Beto O’Rourke, a former congressman, spoke about his support for legalizing marijuana during a debate.

Pennsylvania Gov. Tom Wolf (D) posted a reminder on the last day for people to apply for relief under his Marijuana Pardon Project.

A spokesperson for Virginia’s House speaker said “nothing has changed” with respect to the prospects for legislation to allow recreational marijuana sales to begin.

Tennessee Republican lawmakers spoke about their opposition to marijuana legalization, with one dismissing data about racial disparities in enforcement, seeming to suggest that Black people might just be “culturally…more prone to commit that crime.”

Draft Michigan legislation is circulating that would enact a moratorium on issuing new marijuana cultivation licenses.

Massachusetts’s top marijuana regulator said she spoke to the State Ethics Commission about her involvement in the cannabis industry, which she said “advised I have no actual conflict of interest.” She also said she’s not sure why it has taken so long to process paperwork severing her ownership of one company.

New Mexico’s Supreme Court chief justice wants to change the state’s marijuana expungement law so the relief is no longer automatic and so people would have to petition for it.

A former Missouri Supreme Court chief justice authored an op-ed saying he supports legalizing marijuana but has concerns about the initiative on the November ballot.

Oregon regulators filed rules changes to allow the transfer of marijuana products between businesses licensed by the state and tribal governments.

San Francisco, California officials indicated they are open to the idea of providing a “safe supply” of illegal drugs.

A judge is allowing a former Buffalo, New York firefighter who was fired over medical cannabis use to proceed with a lawsuit against the city, but declined to immediately reinstate him.

Detroit, Michigan’s recreational marijuana business ordinance is being challenged again with another lawsuit.

The Greenwich, Connecticut Board of Selectmen discussed public use of marijuana.

Thailand’s public health minister said he’s proud of recent reforms to the country’s cannabis laws but has no intention of trying to change the minds of leaders of other nations about the issue.

The chair of the Philippine Senate Health Committee said his panel will hold a hearing on medical cannabis.

Some UK police officials are calling for an increase in cannabis penalties.

A study found that “there is a reduced rate of [persistent opioid use] in patients who self-report perioperative cannabis use.”

A review concluded that “CBD alone or with equal quantities of THC may be beneficial in alleviating the symptoms of insomnia.”

The Texas Democratic Party tweeted, “Texas needs a new revenue stream to reduce property tax, fund education, health (& mental health) care, and public safety and cannabis would bring in $1 billion and save $300 million in criminal justice costs. 70% of Texas support legalization of cannabis. Cannabis is safe, medically effective, projected to create over 40,000 jobs in Texas and expected to bring in $1 billion in taxable revenue to put back into our communities.”

The Missouri Association of Prosecuting Attorneys published a position paper opposing the marijuana legalization initiative on the November ballot.

The Denver Metro Chamber of Commerce is opposing the Colorado ballot initiative to legalize psychedelics.

The American Trade Association for Cannabis and Hemp held a listening session with Food and Drug Administration officials about unregulated intoxicating hemp products.

The U.S. attorney for the Western District of Washington and the Securities and Exchange Commission separately charged a man with allegedly stealing from marijuana businesses through a company that purported to provide them with banking services.

Seth Rogen spoke about how Snoop Dogg once auctioned off a blunt to raise money for Alzheimer’s research.