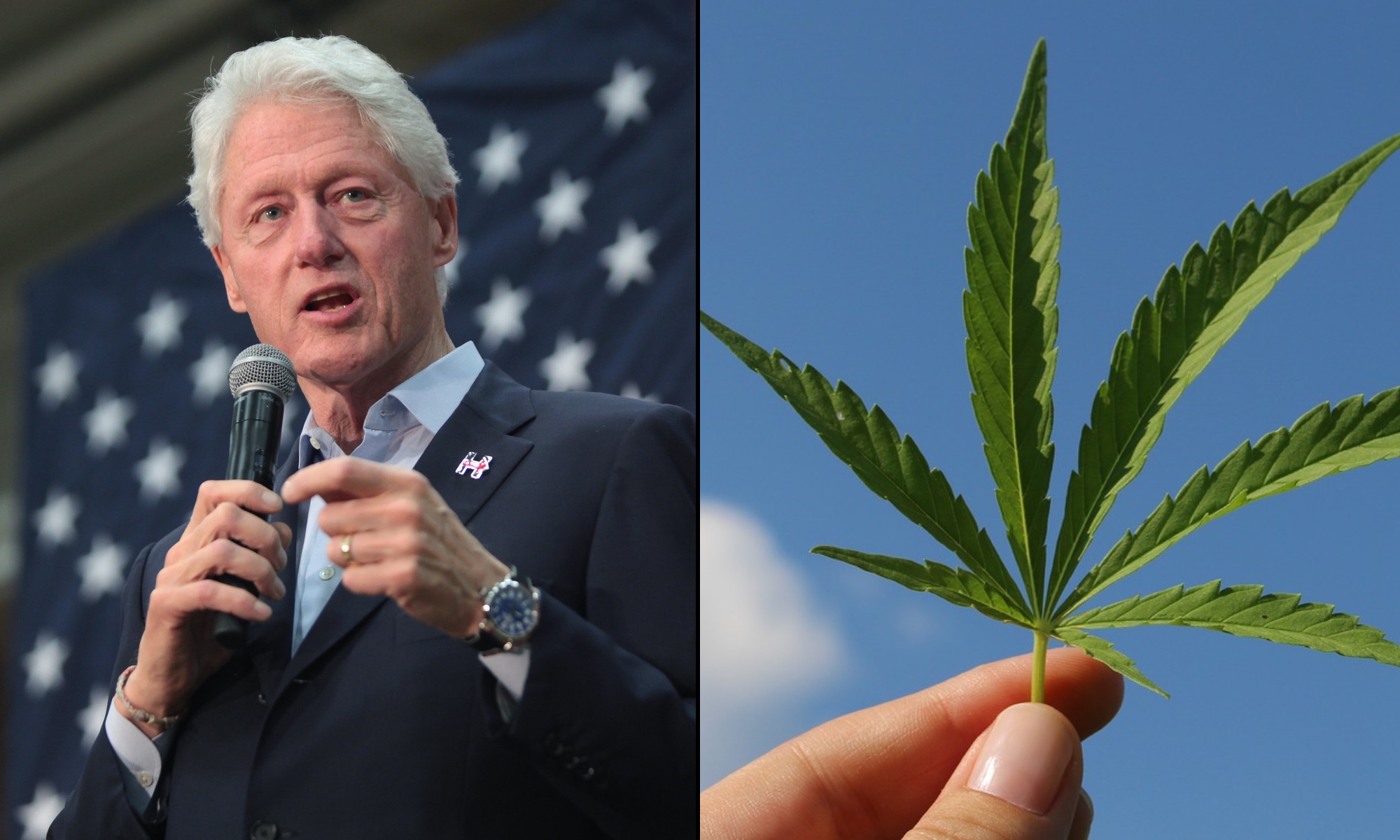 Update: Following the initial publication of Marijuana Moment’s story below, Cannabis & Tech Today reposted their Clinton article despite having taken it down earlier.

Former President Bill Clinton has apparently been hearing a lot about the therapeutic potential of CBD products for pain management lately, and, according to a now-deleted media report, said at a recent conference appearance that broad interest in the topic should spur regulators to develop standards for the cannabinoid.

An article covering Clinton’s on-stage conversation with CNN medical expert Sanjay Gupta at the Impact Forum in Orlando appeared in Cannabis & Tech Today last week, quoting the former president as saying there is some evidence that cannabidiol can help “combat pain.”

But the story was taken down at the writer’s request after the outlet allegedly faced pressure from Clinton’s public relations team.

“It was all quoted accurately and live—it was pressure from the Clinton camp PR team that the comments were supposed to be closed to the press—so we respected the writers request,” a Cannabis & Tech Today editor wrote to Marijuana Moment in a Twitter direct message.

That said, the publication told Marijuana Moment that they “never want to retract a story and stand by the quotes” included in the story as reported by the journalist Sara Brittany Somerset.

A representative of the Impact Forum told Marijuana Moment in an email that the event “is private and we do not issue transcripts, audio or video.”

“No press were authorized to attend this panel,” she said. “We cannot verify how the content was obtained nor confirm quotes.”

Clinton’s team did not reply to repeated requests for comment from Marijuana Moment, nor did Gupta’s.

Clinton reportedly said at the event that he’s heard from people about how low-THC cannabis products can help in pain management, and while he’s doesn’t typically “answer any of those hype calls,” he receives “more messages about CBD than any man alive.”

“Go figure. There is some evidence that you can get CBD with a low-THC count that will combat pain. Some of these products have been tested more or less to FDA standards and some [haven’t been tested] not at all,” he said, according to the since-deleted article from Cannabis & Tech Today.

Clinton’s drug policy record while in office has been widely criticized by advocates.

Despite having admitted to using marijuana “once or twice”—though making the questionable caveat that he “didn’t inhale it”—the Clinton administration opposed efforts to legalize medical cannabis and even took the extreme step of threatening to revoke Drug Enforcement Administration (DEA) prescribing licenses for doctors who recommended marijuana to patients in accordance with state law.

Also in spite of pleas to reduce the racially disparate crack-cocaine sentencing disparity, for example, the former president took no action to remediate the issue. He also rejected requests to lift a federal ban on harm reduction policies like syringe exchange programs.

Yet in an exit interview published by Rolling Stone in 2000, Clinton appeared to endorse cannabis reform, saying that he thinks that “most small amounts of marijuana have been decriminalized in some places, and should be.”

Last week, at the Impact Forum event, the former president reportedly stressed the “need to have a national standard of the THC count of these products and what the tests show.”

“NYU Langone does some of this testing and CBD could be a viable outlet for pain relief,” the outlet quoted him as saying. “We could potentially not lose so many people.”

Gupta, for his part, has become a high-profile figure who has raised national attention to the medical potential of marijuana and its constituents after formally expressing skepticism about the health impact of the cannabis reform movement.

He reportedly said definitively at the event that “CBD works.”

“I’ve done six documentaries on the subject and I wasn’t a believer before, but I am now,” Gupta remarked, according to Cannabis & Tech Today. “I’ve worked on this for so long that I know not only can it work, sometimes it’s the only thing that works for some of these conditions.”

“We have to figure out the regulatory framework,” the medical expert was quoted as saying. “You got to make sure people aren’t getting harmed by it, but to have a non-addictive option at a time when so many people are dying, I think it’s absolutely true.”

Last year, Gupta said that he was ultimately convinced of the therapeutic potential of cannabis after reviewing international studies, because there seemed to be a “very biased set of data” in the U.S. that focused almost exclusively on the potential harms rather than benefits.

Somerset, the reporter behind the event write-up, declined to expand on the reasoning behind the decision to scrap the article from the cannabis outlet’s site.