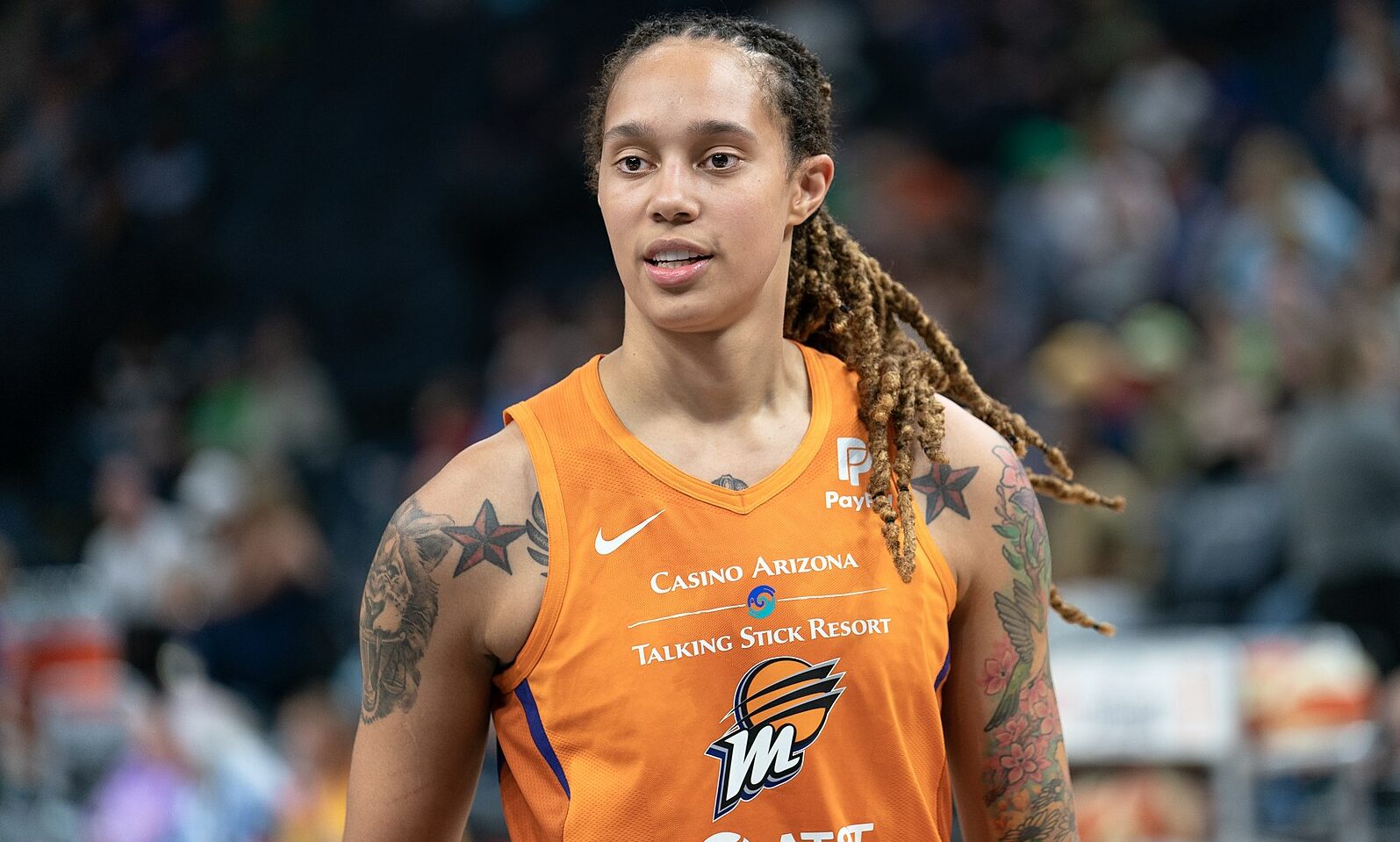 Weeks after it was disclosed that American professional basketball player Brittney Griner was arrested in Russia over alleged possession of cannabis vape cartridges, top federal officials and lawmakers are stepping up pressure for a release—even as tensions amid the country’s invasion of Ukraine continue to escalate and despite the fact that marijuana’s federally illegal status in the U.S. continues to incarcerate people over the plant.

The WNBA player was reportedly caught with cannabis oil at an airport in Moscow last month. She was detained and is currently being held in a pretrial detention facility. Last week her detention was extended two months, until May 19, as Russian prosecutors build a case against her. Only recently have U.S. officials started to apply pressure for release and return amid a growing chorus of criticism from lawmakers and advocates.

Secretary of State Antony Blinken told reporters on Friday that while “there’s only so much I can say given the privacy considerations at this point, let me just say more generally, whenever an American is detained anywhere in the world, we of course stand ready to provide every possible assistance, and that includes in Russia.”

Blinken also suggested that Russia is violating international law by not providing American officials with direct access to Griner.

“The Russians are required to give us that access. They have not—it has been denied,” he said. “So we are working very hard on getting it, on being able to get access to her, to hear directly from her how she’s doing, and to make sure we’re doing everything we can to see to it that her rights are being respected and upheld in the Russian system and in terms of international law.”

On Brittney Griner, @StateDeptSpox: “We're deeply concerned about this case, in part because we've not yet been granted consular access…Russia has an obligation under the Vienna Convention…to allow our officials to see her. We're going to continue to press for that.” #AMRstaff

A State Department spokesperson told The Wall Street Journal last week that U.S. officials are “closely engaged on this case and in frequent contact with Brittney Griner’s legal team.”

The circumstances behind Griner’s case are complicated for a number of reasons, not the least of which is the fact that Russia is facing nearly global condemnation as it carries out attacks in neighboring Ukraine, leaving countless civilians and fighters dead in its push to seize control of regions of the country.

But with increased awareness of the basketball star’s cannabis detention has come increased condemnation from key officials, lawmakers and advocates.

We cannot ignore the fact that if Brittney Griner wasn’t a Black woman, it would be plastered across the news that she is being held as a political prisoner in Russia.

Top Democrats on the Congressional Black Caucus also recently said that they are “intensely engaged” in talks about Griner’s arrest and possible avenues for relief.

“Let me be very clear: Brittney Griner is a United States citizen,” Rep. Sheila Jackson Lee (D-TX) said at a briefing early this month. “She was a guest in Russia with the WNBA—and I will be demanding her release.” She added that “the fight is on,” according to Politico.

“We’ve got our boxing gloves on, because we’re not going to leave her without any ammunition,” the congresswoman said.

When asked about Griner’s case at a press conference earlier this month, White House Press Secretary Jen Psaki declined to comment on the “specifics” of the case, citing Privacy Act waiver requirements. “But the objective is always to bring American citizens home who are detained in foreign countries,” she said.

Today theGrio's White House correspondent, April Ryan, inquired about an update on how the Biden admin. plans to bring WNBA star, Brittney Griner, back to the U.S. Griner remains detained in Russian jail after being stopped at an airport, allegedly in possession of cannabis oil. pic.twitter.com/jMtUiROEpT

The athlete “remains in a Russian prison for violating the country’s illegal substance laws.”

“Every American—regardless of their race, gender, or socioeconomic status—must adhere to the rules of every sovereign nation,” they said. “While we are not here to call balls and strikes on Russian law, we are very concerned about Mrs. Griner’s detention under the current and rapidly deteriorating circumstances in Russia and Eastern Europe.”

“As the situation in Russia and Ukraine continues to deteriorate rapidly, we are deeply troubled by the Russian’s handling of the unfortunate case regarding Brittney Griner. Mrs. Griner made a mistake in violating Russia’s illegal substance laws, but her crime doesn’t match the unjust punishment she faces as a pawn of the Russian government. As Putin runs his country into the ground, the United States government must ensure that no American falls hostage to a heinous and deranged dictator.”

Griner allegedly broke Russian law because marijuana is illegal is Russia—and the country has taken a particularly strong stance against reforming cannabis policy at the international level through the United Nations. And it condemned Canada for legalizing marijuana nationwide.

The deputy of Russia’s Ministry of Foreign Affairs said this month that legalization efforts in the U.S. and Canada are matters “of serious concern for us,” according to a social media post from the office’s official account. “It is worrisome that several Member States of the [European Union] are considering violating their drug control obligations.”

💬Deputy FM #Syromolotov: Legalization of free distribution of cannabis in the #US & #Canada is a matter of serious concern for us. It is worrisome that several Member States of the #EU are considering violating their drug control obligations.

But as more people voice support for her release and condemn Russia for holding her and extending her detention, it can’t be ignored that Griner could similarly face prosecution for possessing cannabis oil under U.S. federal law.

“Brittney Griner’s imprisonment is a grotesque affront to the concept of justice. It is an unfortunate reminder of how draconic marijuana laws remain around the globe,” Erik Altieri, executive director of NORML, told Marijuana Moment. “However, it should also cause a level of reflection amongst our lawmakers considering that a large number of states still inflict similar penalties for marijuana possession on our own soil and the current federal policy of marijuana prohibition isn’t notably different than the stance held by Putin’s regime in Russia.”

“Elected officials in the United States should do all they can to free Griner, but just as important, use this as motivation to bring our domestic marijuana policies in line with our nation’s stated principles of liberty and justice,” he said.

Griner’s situation is precarious, especially in the current political climate. But there are some who are encouraged by the increased attention to the case, expressing optimism that it could open the door for relief for other Americans who are being detained in Russia for unrelated reasons—or could even increase pressure on the Biden administration to reform cannabis laws to display a greater contrast with Russian policy on the plant.